The anxiety the students deny shows up alive and pulsating through the aorta of ‘upate meetings’ with heads of department, heads of year and pounds at the heart of senior leadership. Here it beats out the familiar rhythm; what’s to be done about year 11?

When my son, Tom was in year 11 he came home with a letter one afternoon.  It was sent to all year 11 parents. The letter outlined the school’s proposals regarding GCSE revision plans. The letter was practical, telling me, Tom’s parent the strategies the school were employing to help Tom and his cohort get the best out of their exam preparation. It was also promotional; between the lines. it reassured me that the school is on top of the exam game.

However, one sentence  made me feel immediately concerned, not just for Tom, not just for his cohort but for all of the current year 11 cohort nationwide.

The sentence iterated that Tom and his fellow students should be doing “4 to 5 hours of focused active revision every day”. 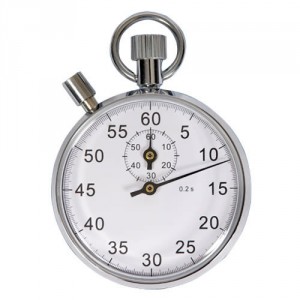 During year 11, Tom got up every morning at 7, prepared his breakfast and packed lunch and set off for school at about 8. He arrived at school at 8.30 when his school day began. He had lessons all day. He left school at around 3 and arrived home at 4.  He then did his homework for at least an hour, this took him to 5 o’clock.

So, what or whose purpose does this bogus advice really serve because I know it was fairly useless advice for Tom.

..the following weeks are the most anxiety provoking in the school calendar….

rests with anything and everything called “year 11”.

A year of updates, WAGS, MEGS, meetings and briefings

The honeymoon period of September, when all students paid attention, gave way to October where routines were established and challenging pupils recognised and planned for.  So far, so good. But then, post half term, bored with the onslaught and weary of being in permanent state of ‘readiness’ students begin to wobble. The once singular goal of exam success has been liquidised into a soup of exemplars, mock exams, WAG and MEG grades and data drops.

The spectre of failure looms large and by Halloween, many year-11 students have retreated into a safe denial that leaves teachers terrified.

…by Halloween, many year 11 students have retreated into a safe denial that leaves teachers terrified

This same anxiety the students deny shows up alive and pulsating through the aorta of ‘update meetings’ with heads of department, heads of year and pounds at the heart of senior leadership. Here it beats out the familiar rhythm; what’s to be done about year 11?

With few new solutions a familiar formula flows back through the body of the school down to heads of department, heads of year

etc, though to teachers. First there is a demand for clearer data and with it a suspicion that some teachers are fiddling the books to take the pressure off, then there’s a demand for more focused intervention, the senior team suddenly show up on corridors to corale reluctant children into ‘extra’ lessons.

Where they were the focus of hope in September, the symbol of a new dawn, they are now tarred with disinterest the sum of which is politely phrased as “They just don’t care!”

…praying for a snow day

By December, everyone is praying for a snow day!

By January, every year 11 student has heard the phrase “your GCSE’s” a thousand times, maybe two thousand. Every class, every teacher, every school assembly, many tutor times all have a GCSE focus. Any student not focused in lessons is shamed; they are not only letting themselves down but they are letting their parents down, they are letting the whole class down – maybe even the whole school. The final big stick of potential life failure weighs heavy on student’s backs. Students who were once urged to aim for stars now feel the heavy chains of adult expectation. And, in order to avoid what has become a gargantuan task, fraught with demons, many of them still resist.

And why wouldn’t they?

There is nothing wrong with initiatives that offer students exam focus and resources. However, there is a communication in all of this that marauds like a screaming banshee in every intervention room, revision evening and every letter that goes home to parents.  It’s the wailing communication that the exam task although posing as human concern for students screams of potential adult failure.

Insisting that a child do 5 hours revision every day is a case in point.

What’s worse, this kind of mania can be both ineffective and potentially irresponsible.

Yesterday, I was working with a colleague who is currently head of year 11 in a school in the north of England.  She was clearly stressed and trying to hold herself together, I simply asked her how it was going.  She is a fantastic teacher and a great servant of education, with many years experience.  But she could not hold back the tears. “It’s too late for year 11” she said “It’s all about year 10 now”.    Wow! What a statement.

It would be easy to somehow pin this attitude on her alone and look for personal reasons or reasons pertaining to her specific context to explain her point of view. Do that if it suits but anyone who has worked in a state secondary environment where the pressure cooker is bubbling and bubbling away as the temperature rises, will know that her emotional dismissal of 200 year 11 students and with it the efforts of all of the teachers – including her – only underlines that sometimes despair seems to be the only ‘reasonable’ response to what becomes a life and death proposition of exam success or failure.

Year after year, too many teachers and teenagers in year 11 suffer mental illness, breakdown or even suicide due to exam stress and every year there is outcry and a collective agreement that something needs to be done.  But then, by June, exams are over, everyone’s exhausted. Year 11 students leave. And the trauma of year 11 is conveniently forgotten.

…too many teachers and teenagers in year 11 suffer mental illness

The Sentient Task versus the real or Primary Task

There is a term in Organisational Psychology called the “sentient task”. It is the task those in the organisation can be observed to be carrying out in their actions. It’s not what they say they’re doing but what you can see them doing.  The interesting thing about the sentient task is that it can work in contradiction to what the organisation is set up to do; its “primary task”.

The primary task of a school at exam time is to prepare students for exams.  The focus should be on the students, their needs, the best way to get them through the exams. However, with stakes so high for the school in terms of results, the sentient task of the school becomes centered around the adults. The survival of the school is what is at stake rather than the future of the children.  This is s difficult concept to accept and as with all difficult truths, it is pushed into the darkness of ‘denial’. But although no one does this on purpose, it can be observed in schools all over the country.

…what can be observed…is the drive to save the school rather than to help the children.

Research shows that exams have a place in the development of young minds. Exams allow students to know the extent of their skills and shows them what needs to be done if they want to improve. Exams introduce children to the reality of competition. In any environment their skills will often be compared and considered against those of their peers.

However, when teacher’s jobs depend on whether pupils succeed or fail then the real performance pressure comes off the students and onto those teachers, the heads of department, the head teacher, onto the governors, onto the system. When this happens, the primary task gets lost and the sentient task takes over.

Exam time is tough, that’s a reality and teachers, in my experience always step up to the plate and give one hundred and twenty percent.  They always go above and beyond.

Many teachers and school leaders I hope for balance and maturity. We are the grown-ups here and what we communicate to students at this time of year can not only help them pass their exam, it can demonstrate that we, the grown-ups, are clear about what’s important and that we are not only in charge of them but in charge of ourselves.

Good Relationships equal Great Progress When students (and teachers) feel safe they will risk everything in the service of their education. These ideas and theories are grounded in 6 great years of MA research into the link between child development and life-long learning and many years creating great relationships with literally thousands of students. The greatest complement I ever heard from many of those students was that my classrooms were the 'safest place to be'. I now run accredited professional development workshops for teachers, teams and school leaders to help them create safety and put the power of positive human relationships at the heart of progress. To find out more email: steve@stevecarrtraining.com or subscribe to this blog

A meeting of minds…Ask a question

I want to help to put the power of ordinary human understanding at the heart of teaching.

a mind to teach – Recent Posts