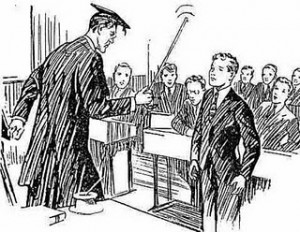 Teaching Adolescents – Give up control and take up containment

Famous Child Psychologist, Donald Winnicott wrote about the need to ‘contain’ children rather than try to control them.

‘Containing’ your own or other people’s behaviour is, as it sounds, an ability to keep it within certain boundaries, fence it in so that it isn’t harmful.

‘Containing’ your own or other people’s behaviour is, as it sounds, an ability to keep it within certain boundaries, fence it in so that it isn’t harmful.   He also wrote about how challenging that can be because children develop by pushing and testing our boundaries.   Breaking free of other people’s restrictions or definitions of our identity is the way we all realise our own strengths and challenges.  That’s all well and good but if you’re a teacher; essentially a grown up who is forever imposing restrictions and boundaries on children in their care, learning how to ‘contain’ behaviour becomes a highly necessary and highly prized skill.

The ‘feeling’ of the other is the child’s first sense of safety and connection.

The study of proxemics is the study of the effect of proximity on behaviour.  New borns are placed skin to skin on the parent or carer.  The ‘feeling’ of the other is the child’s first sense of safety and connection. From there, the child ‘graduates’ to being held in arms – contained within the intimate radius of the face and the warmth of the chest and upper body. As the child grows it is ‘held’ on the lap. Still an intimate space, close to the carer, within their immediate sphere, close enough to hear and sense a change of breath or mood and regulating its own mood in response. From the lap, the child begins to walk and strays a few feet from the carer but keeps the parent in mind, knows where he or she is in case of worry or danger. The ‘containment’ is like an invisible psychic expanding bubble that links carer to cared for, connects them ‘in mind’.  The further the child strays, the more independent he becomes, yet he takes with him the influence of the parent, the inner sense of connection. The ‘containment’ of the parent now lives within the child and provides inner support and boundaries, values and a sense of morality as well as what or who to fear.

The ‘containment’ of the parent now lives within the child and provides inner support and boundaries, values and a sense of morality as well as what or who to fear. 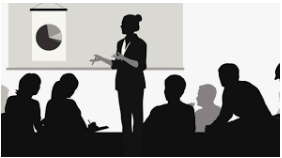 So it is in a classroom. There is the literal containment of the classroom walls, the school corridors, the perimeter fence but there are also the school rules and the demands of the curriculum and the specificities of the teacher’s methods of teaching and ways of communicating.   All of these provide levels of containment and need to be understood and administered with containment in mind. What they ‘contain’ is the individual and the challenges they bring as well as the group, the class, the year team. These mechanisms are not there to ‘control’ the individual but to provide a space within which they can feel safe enough to risk.  Control comes from a desire to repress and restrict, where ‘contain’ comes from a desire to hold and nurture.  It does not mean that containing is soft or appeasing or ‘woolly’.  Far from it.  A teacher who understands containment is clear with boundaries because when pupils are properly contained they can and will open up and connect…to the learning, to the teacher, to the subject. It’s what they are made to do. Like the parent, it is the atmosphere that orbits the teacher, that emanates through the way they communicate, the way they set rules and respond to disruption, their values and sense of morality etc. It is this that will work to contain their pupils or not.

Like the parent, it is the atmosphere that orbits the teacher, that emanates through the way they communicate, the way they set rules and respond to disruption, their values and sense of morality etc. It is this that will work to contain their pupils or not.

Being persistently clear and containing with children of any age is challenging but it is particularly so with adolescents. 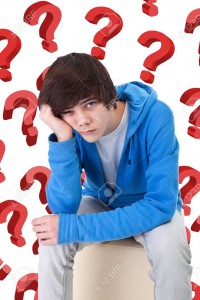 It is easy for a teacher to forget that adolescents are “children in a stage of development” and to judge adolescent behaviour on the challenges it presents in the here and now.  Winnocott said “we have to recognise the everlasting in the ephemeral”.   (Winnicott, 1971).  In other words, any action in the present obscures or represents the vast landscape of interconnections that lead to and from that moment.  For adolescents, moving away from childhood and towards adulthood, fuelled by excess hormones and subject to often crushing group dynamics, the desire for containment is strong but the desire and need to throw off its rules and restrictions so that they can create their own is often as strong.  To imagine an adolescent is to imagine a person at war with themselves.

We have discussed how it is important for a child to be ‘held’ and we understand that a child who is held feels ‘contained’.  He is safe, whatever he is feeling is manageable because the grown up can deal with it, can hold it for them and with them.  This realisation that a classroom holds many anxieties for a pupil and that behaviour in the classroom can be a result of how the pupil or class is dealing with those anxieties.

Schools, however, do not talk about ‘containment’, they talk about ‘control’ and  often react to the behaviour of adolescent students as though it were not indicative of a “stage of development” 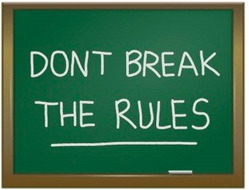 Schools, however, do not talk about ‘containment’, they talk about ‘control’ and  often react to the behaviour of adolescent students as though it were not indicative of a “stage of development”.  The essential and important difference is that when I ‘control’ a class, I do it for my sake.  I do it because I feel as though I can’t cope with them being ‘out of control’.  There is an assumption that if I do not control them they will become out of control and chaos will ensue.  It is assumed that they will not want to learn if I do not control them long enough to force some knowledge down their necks. The image that comes to mind is of holding a baby down long enough to feed it.  But, of course, you don’t have to hold a baby down to feed it.  A baby wants to attach, a baby wants to be contained and fed. Actually what a class wants from a teacher is not to be controlled but to be contained. 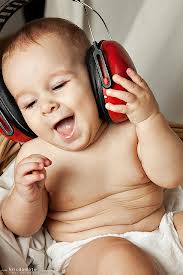 Adolescents is a stage of learning…

Klein said a child wants to learn.  It is a natural instinct.  This, in my experience, has not been part of the dialogue of teaching or teacher training.  It led me to think that if a child wants to learn then it relieves me of the responsibility of controlling them, of forcing them to listen.   The desire to ‘control’ my classes led to me shouting at them and setting tasks which meant they would stay in my control. In practical terms, this meant setting work that was very teacher led rather than any group work or independent learning.    By trying to control a class I believe I was giving them the message that I felt out of control.  The classroom became a battlefield.  It was a ‘me or them’ mentality.  Accepting that the pupils actually wanted to be contained meant that my sanctions or boundaries were not about me but about them.  The moment I started to implement rules and boundaries because that was what they really wanted, the atmosphere in the classes I taught changed.  Instead of getting the message that I was trying to control them because I felt I was out of control, they got the message that I was looking after them.

9 N, my tutor group and 8 U helped me see the impact of the change in viewpoint.  With 8 U, they were very disruptive and described as “out of control” by those who taught them.  At the beginning of the year I spent the time leading up to teaching them in a state of high anxiety.  What if I couldn’t control them?  What would happen? How would I get through the hour?  I can now see that these anxieties were probably being felt by the pupils also.  “What will we do if he can’t control us?”, “What will happen?”, “How will we get through the hour?”.   My anxieties overrode anything I had in mind about teaching them.  The class became about my survival and I suspect it was similar for them.  However, once I realised that my role was to contain their anxieties, to create a safe place for them, I was able to attack the job with more clarity.  I separated the desks and gave them less opportunity to disrupt one another and share their anxieties through collective misbehaviour.  I sat more challenging pupils closer to me (these were pupils who were struggling academically, so no wonder they wanted to disrupt the lessons). I was much clearer with the class about my expectations of them. In other words, I showed the class that I was able to cope with their anxieties, that I was able to cope with mine and that they could relax a little and get on with learning.

My need to contain rather than control has not made me softer or less of an authority in the classroom.  If anything, the rules I need to impart are there for a reason and I am firm and insistent that they are adhered to “Confrontation” says Winnocott, “belongs to containment that is non retaliatory, without vindictiveness, but having it’s own strength”. (Winnicott,1971)   The knowledge that I am not being vindictive but that I am trying to confront unproductive behaviour in a strong way because it is the right thing for everyone, and is the foundation of productive learning relationships.